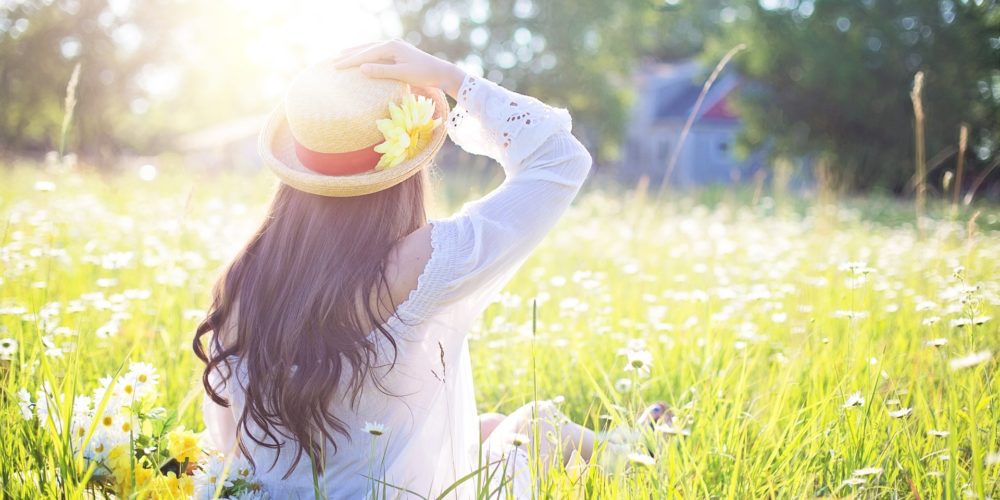 Cervical Cancer: What You Need To Know

Every year, more than 270,000 women die of cervical cancer, which means that every two minutes, a wife, mother, daughter, sister, relative or friend is lost to this disease. Cervical cancer is one of the most common cancers affecting women in Australia, with 7.1 cases per 100,000 women. Although this is a serious disease, it is preventable. However, many women go un-diagnosed mainly due to being ignorance, fear, limited screening programs and lack of participation in voluntary medical testing. 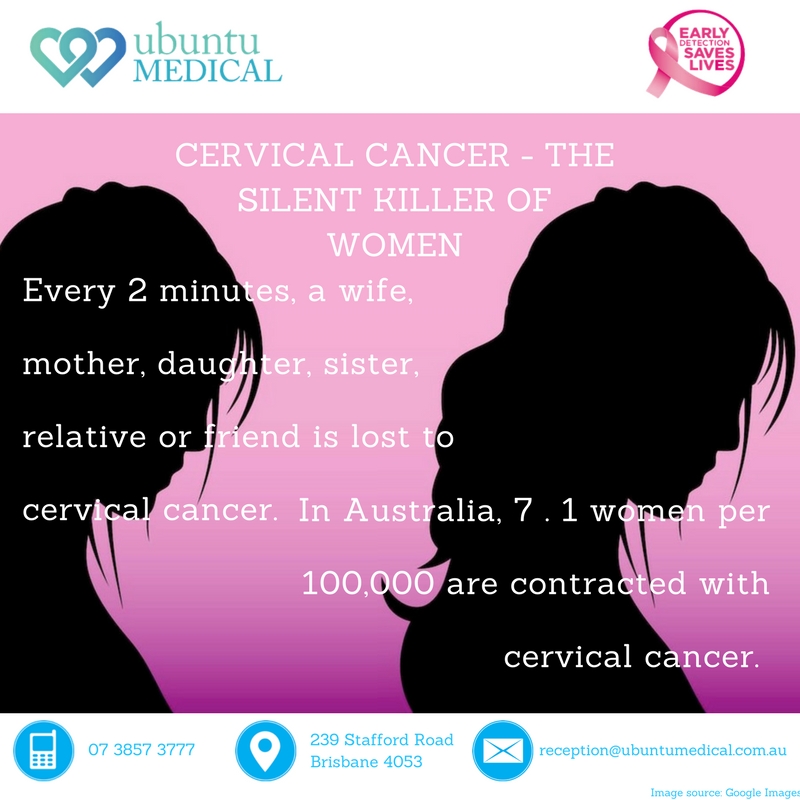 What is the cervix and what are its functions?

The cervix is a narrow cylinder-shaped neck of tissue and passage in the human female reproductive system, connecting the uterus and vagina. It has major functions during menstruation, fertility and pregnancy.

Each month, a woman’s reproductive organs prepare to receive a fertilised egg, for which the uterus thickens its walls. In the absence of a fertilised egg, the woman’s body undergoes menstruation, which is the process of the uterus shedding its lining. The cervical canal plays the important role of opening and allowing the lining that has been shed to flow from the uterus into the vagina in the form of menstrual blood.

During sexual intercourse and/or artificial insemination, the cervix promotes and directs sperm cells into the uterus and then to the fallopian tube(s), where the egg(s) will be fertilised and lead to embryo formation. In pregnancy, the foetus(es) grow in the uterus of a woman until childbirth. During normal childbirth, the cervix muscles undergo immense changes where they dilate widely to allow the baby to pass through.

What is cervical cancer and what are its causes?

Human Papillomavirus (HPV) is the most common sexually transmitted infection (STI) that infects the cervix, through penetrating the cells in the cervical lining. The viral cells can enter the “brain of cells”, the nucleus, causing an uncontrollable growth of abnormal cells in the cervix, which lead to cervical cancer. This STI affects women who are sexually active, most commonly women between the ages of 35 and 60. Most women’s immune system will eliminate the virus from the system within two years, but 3 to 10% of the infected women will develop pre-cursors for cervical cancer. Furthermore, not all infected women will develop cervical cancer as only a few strains of HPV cause the abnormal development of cancerous cells.

The chemical composition of tobacco is known to be a cofactor of the human papillomavirus (HPV) as it lodges itself in the cervical walls of female tobacco-consumers and damages the DNA of the cervix cells. This increases the likelihood of cervical cancer development.

The intake of contraceptive pills for a long period of time (more than 5 years) can increase the risks of cervical cancer significantly, especially if also contracted with HPV infection.

Having many children (more than 5), exposure to diethylstilbestrol in the uterus, previous diagnosis of cervical cancer and the lack of cervical screening tests are all risk factors and can increase the likelihoods of being diagnosed with cervical cancer. 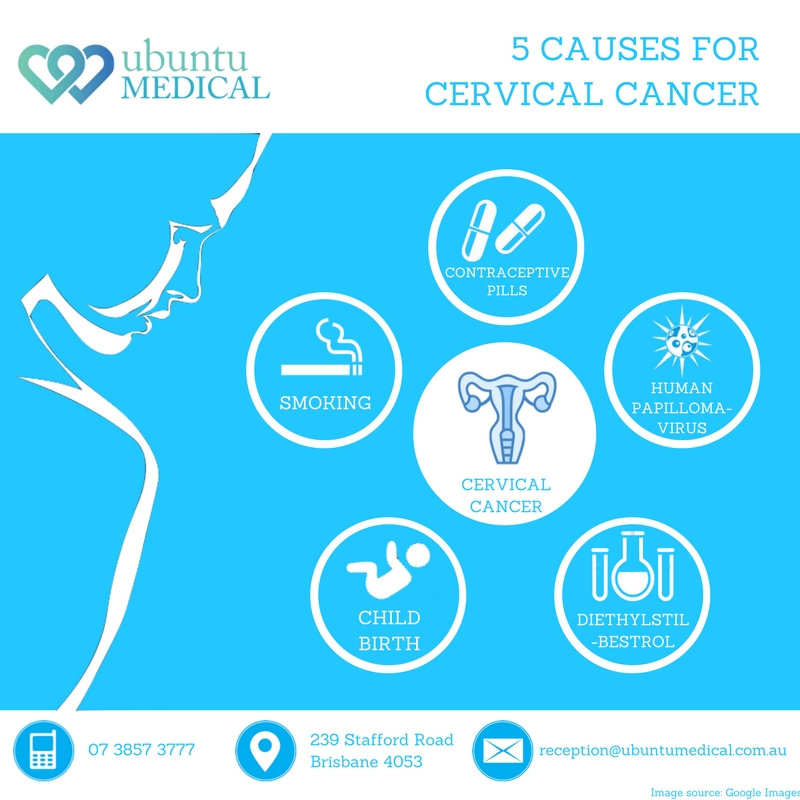 Early stages of changes in cervix cells only rarely cause symptoms. However, if the situation aggravates resulting in the development of cervical cancer, the signs/symptoms would be:

Cervical cancer is one of the most preventable health complications through cervical screening by a GP. This is the process of early detection and removal of abnormalities in cervical tissue and/or cells before cervical cancer stages develop. In Australia, over 43% of women are overdue for cervical cancer screening.

In Australia, a new and accurate National Cervical Screening Program was implemented in December 2017. Women between the ages of 25* and 74 will be invited to participate in the National Cancer Screening Register and undergo a Cervical Screening Test for HPV every five years. This should be implemented in parallel to an existing HPV vaccination program. According to the Australian Cervical Cancer Foundation (ACCF), this newly introduced cervical screening test will prevent a further 140 cervical cancers on a yearly basis and will positively complement the HPV vaccination program, offered to boys and girls in their teenage years.

*Note: the minimum age for Cervical Screening test is 25 or two years after the initial sexual intercourse, whichever comes the latest*

If the screening test is positive for symptoms of cervical cancer, a specialist will be referred to for further testing. A test used for cervical cancer diagnosis can be colposcopy. This diagnostic procedure identifies the location of the abnormal cervical cancer and also its appearance. The doctor will view the cervix and vagina with the use of the magnifying device of colposcope.

Treatment for precancerous abnormalities in the cervix

Precancerous conditions are changes in cervical cells that increase the likelihood of cancer development without immediate treatment. Treatment may include:

A cone biopsy is used for abnormal glandular cells in the cervical canal or if early-stage cancer is suspected, whereby the doctor removes some tissue from the cervical surface and sends it to an approved laboratory for microscopic examination.

LLETZ is a medical procedure examining done under an anaesthetic, where cervical tissue is removed and examined, following which, precancerous changes in the cervix are treated.

Laser surgery is a 10-15 minute procedure using a laser beam to make bloodless cuts in the cervical tissue or surface to remove abnormalities.

Treatment for cancer development in the cervix

Following the development of cancer cells in the cervix, your GP will discuss and work with you to develop an effective treatment plan that will depend on:

The treatment plan most efficient for cervical cancer is:

At Ubuntu Medical, we also check Women’s Health. We also offer other services. For a full list, click HERE.

At Ubuntu Medical, we care about all aspects of health and well-being. We have a group of allied health professionals to assist with all patients needing help regarding this illness. Furthermore, our GP, Dr. Kathy O’Sullivan will provide you the best information regarding cervical cancer and support and guide with utmost care. 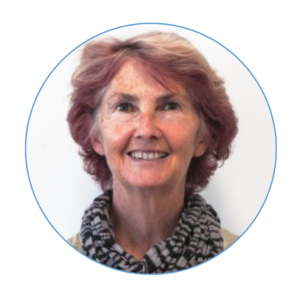