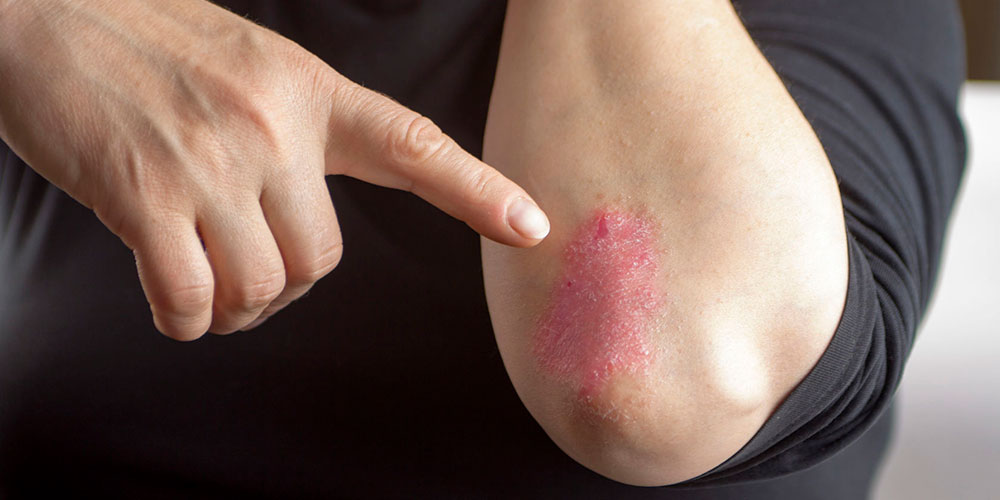 Ten to 30 per cent of people with psoriasis also develop psoriatic arthritis, an autoimmune disease that causes pain, stiffness, and swelling of the joints. Most commonly affected are the hands, feet, knees, neck, spine, and elbows of the individual. With early intervention, it is possible to slow the progression of this condition and minimise or even prevent any permanent damage to the joints. However, without early diagnosis and appropriate treatment, this long-term condition will gradually become worse. Severe cases will have the risk of deformed and damaged joints, which will require surgery. Fortunately, there are various options for psoriatic arthritis treatments to choose from for individuals affected by this condition.

It is important to understand that there is no known cure for psoriatic arthritis. The main goal for seeking treatment is to relieve the symptoms, slow the progression of the condition and improve the quality of life of the individual with this condition. With that said, these are some psoriatic arthritis treatments:

Most commonly prescribed treatment with individuals with psoriatic arthritis are non-steroidal anti-inflammatory drugs (NSAIDs). NSAIDs stop the body from making the chemicals that cause inflammation. Usually taken by mouth, although some can be directly applied to the skin, these drugs help relieve pain and reduce inflammation. The most common NSAIDs are ibuprofen, aspirin, and naproxen which can be bought over the counter or through prescription.

Along with the NSAIDs, the doctor may also prescribe drugs such as misoprostol or omeprazole to combat the NSAIDs’ side effects. These potential side effects are indigestion, heart problems, and kidney and liver damage.

Corticosteroids are drugs designed to mimic the anti-inflammatory hormone called cortisol. Corticosteroids are steroids that bring quick but temporary relief to the inflamed or swollen joints. This can be either taken through the mouth or through direct injection to the affected joints.

Disease-modifying anti-rheumatic drugs or (DMARDs) are medications that tackle the underlying causes of inflammation of the joints. It can slow the progression of psoriatic arthritis and prevent permanent damage in joints and other tissues. DMARDs are more effective the earlier it is administered to combat psoriatic arthritis.

DMARDs are typically prescribed to patients who do not respond well to NSAIDs or have more severe psoriatic arthritis. That is because DMARDs are stronger than NSAIDs, although they may take longer to work so it is important to consistently take the prescribed DMARDs even when it does not seem to work on the first few weeks. Most common DMARDs are Leflunomide (Arava), Methotrexate (Otrexup, Rasuvo, Rheumatrex, Trexall) and Sulphasalazine (Azulfidine). Side effects vary but may include liver damage, bone marrow suppression, and severe lung infections.

Biologics are a newer type of DMARDs that stops the inflammation at the cellular level. Usually given through injection or infusion, biologics block a protein that causes the inflammation rather than reign down the entire immune system. Biologics are offered to the individual with psoriatic arthritis if they have not responded or are unable to be treated with two different types of DMARD.

Biologics work well for many people, however, they are also expensive may cause dizziness, the feeling of having a cold, or have a reaction when getting a shot.

Further side effects of taking biologics medication are the increased chance of infections, kidney and liver problems, and even blood count concerns so it is important to have regular blood and urine tests. A raised chance of developing lymphoma, a blood cancer may also be possible with taking biologics, although this is rare.

There is no definitive answer on what causes psoriatic arthritis, however, most studies generally agree that genetics and environmental factors—such as infections that could trigger the immune system—play a role in developing the condition. With that said, each individual reacts differently to different treatments of psoriatic arthritis so it is important to have regular checkups with knowledgeable doctors and do research on their condition. This is so that each individual can find a treatment that best works for them.

Are you looking for more information on Psoriatic Arthritis Treatments? The team at Ubuntu Medical Stafford can help you. Call us today on (07) 3857 3777.

At Ubuntu Medical we also help with Rheumatoid Arthritis.